“Here is some musical history on my family. Unfortunately, there are no photographs prior to 1930, but by the many newspaper articles written about my great grandad, it is apparent that his father and grandfather played the fiddle as well.” 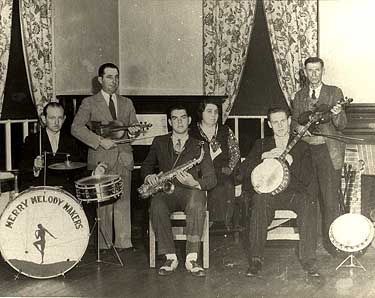 This is my great grandfathers band in 1930. His name was George (Pop) Sweet, famed fiddler and square dance caller. Pop played far and wide, and some of his many accomplishments were, playing for President Franklin D. Roosevelt, and winning the square dance calling division of the Philidelphia Folk Festival in 1942. He also played at Constitution Hall in Washington DC, and Madison square Garden. Pop taught friend and famed poetess Edna St. Vincent Millay to square dance.” 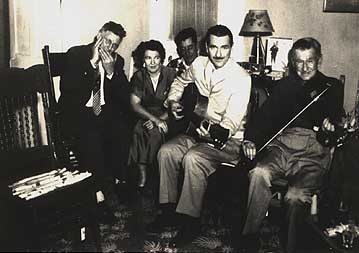 “The apples never fall too far from the tree. This is my grandfather Dan (with guitar) playing a tune with Pop. Dan fiddled around too, and taught me some of the old time tunes on a fiddle he gave to me, which belonged to Pop originally.” 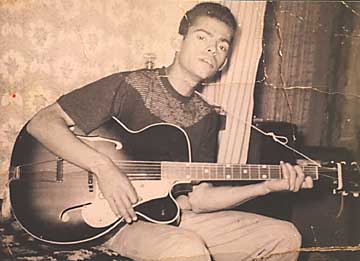 “I love this picture of Dad with the first guitar he ever bought. He’s got dreams written all over his face.” 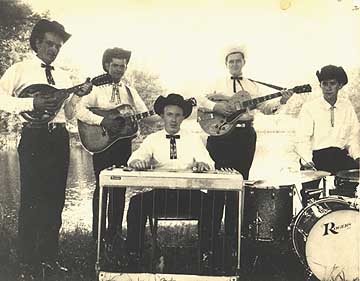 “Here’s another one of Dad with ‘The October Mountain Boys’ (second from left standing). These guys packed dance halls everywhere they played. I’m still playing that old gibson guitar that he’s holding. (I was about a year old when this was taken).” 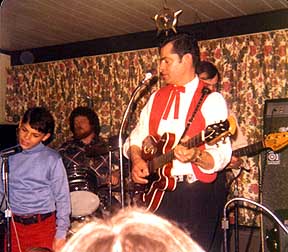 ” After the October Mountain Boys, Dad started his own band ‘Sweet country wine’, and that’s where I started singing on stage…..thanks Dad!” 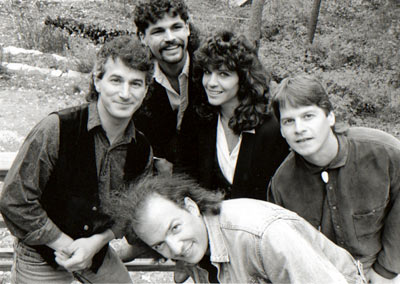